Presented by your host, the Legendary Death-Defying Shenanigunner

BACK TO THE HOME PAGE 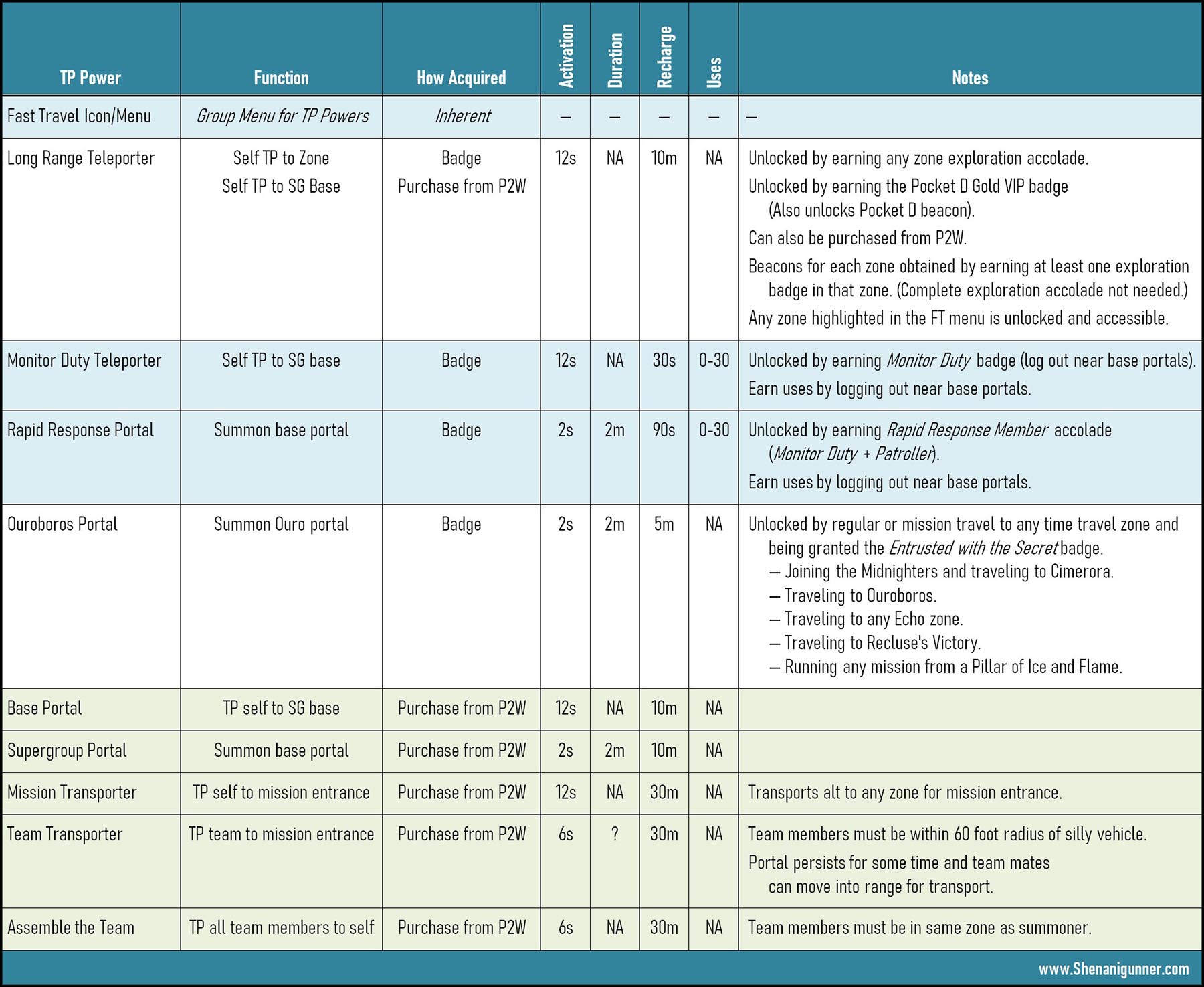 This chart has been assembled from a variety of sources, relying primarily on the current Info text for each power and in-game testing of actions, times etc. It can be considered to supersede all other current information sources, including the patch notes, wiki and (in some cases) even the powers' Info data. Note that this is only the pool/prestige/temporary TP powers, and not those included in the Teleport and other power sets.

The available Long Range TP zone beacons are (currently) as follows. Each can be obtained by collecting any one exploration badge in that zone.

The Base Entry Macro